If You Are So Great, Why Hasn’t Anyone Heard of You? 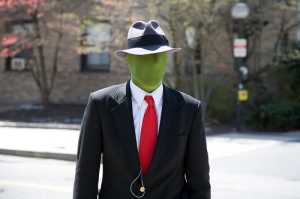 Are you sacrificing trust for a following?

I’ve noticed a shift in my perception of folks on Twitter, FaceBook and other SM sites.  I no longer consider follower count as a measure of credibility.   A couple years ago I did.

I can’t really go by blogs, either.  Comments can be crafted and are filtered – much like LinkedIn recommendations, about which I wrote last week.  Therefore, I don’t put too much merit on blog comments, particularly if they are too flowery.

Lately I’m left wondering if my new follower is simply “collecting” me to boost his/her numbers to build some sort of façade that will help him/her with the bottom line.

Let’s face it, we’re all cynics.  We don’t just automatically trust everything we see/read, even on a SM site.  In that case, why try to trick people by collecting huge followings as opposed to a smaller following  with which you have more credibility and an earned reputation?